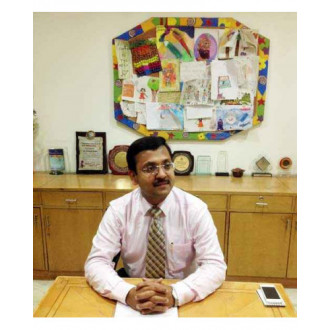 Dr. Deepak Gupta, Child and Adolescent Psychiatrist, MD, DNB, DCAP (London, UK), is one of the well known child & adolescent psychiatrists in India. He specializes in dealing with children with Autism Spectrum Disorder (ASD), ADHD, emotional behavioral difficulties, trauma, school refusal and other mental health challenges in children, adolescents and young people. He is deeply committed to working with families with a child on the Autism Spectrum Disorder (ASD) across India, Asia and U

He is associated with Sir Ganga Ram Hospital (SGRH), since 2004 and is the founder anddirector of Centre for Child and Adolescent Well Being (CCAW), New Delhi that was established in 2005. At CCAW, he has a team of specialized professionals; SpecialEducators, Occupational Therapist, Speech and Language Therapist and Psychologists whohave been catering to the needs of the society in the field of child & adolescence mentalhealth for over a decade under his guidance and supervision. Dr. Deepak is also a mentalhealth consultant at the Udayan Care, NGO, New Delh

Dr. Deepak Gupta has been working extensively in the field of child & adolescentmental health since the year 200

He received the Donald Cohen Fellowship (ESCAP, Italy) and was nominated honorary member of the prestigious American Academy of Child and Adolescent Psychiatry (USA)

Recently in April 2016, he became a fellow of Medical Academy of Pediatric SpecialNeeds (MEDMAPS) from United States of America

Dr. Deepak has been a member of Working Group 'Empowering the Disabled' and'Adolescent Development', for the XIth Plan (2007-2012), Government of India

He is also an honorary member of the advisory panel of the Akhil AutismFoundation, New Jersey

Dr. Deepak truly believes that every child has the potential to grow despite thelimitations when provided with the right nurturance and care